A growing number of cities and communities around the globe have embraced the idea of a new and different kind of future, and the movement is taking hold in North America. In this future, clean and equitable renewable energy feeds a prosperous local economy and builds community ties.

In partnership with the Sierra Club, ICLEI USA, and the San Francisco Department of the Environment, Renewable Cities convened a three-day dialogue from July 10-12, 2016 in San Francisco that brought together a group of cities from around North America to discuss the transition 100% renewable energy. Participants included senior municipal staff and elected officials, members of the private sector, researchers, city networks, and other leaders in the urban sustainability field.

This event was intentionally limited to a small number of municipalities from throughout North America, some already committed to the 100% renewable energy transition in at least one sector, and others demonstrating an appetite for the shift through ambitious policies. Our gathering offered an opportunity for cities to learn about the tools, programs, research, resources (see below) and best practices needed to reach these energy goals.  Through dialogue, participants discussed the challenges specific to their cities and helped each other work through different strategies to achieve an urban energy transition. Participants reported interesting shifts in their knowledge and thinking:

Participants also heard from RE100 companies, including Apple and Google, about why and how they are moving to 100% renewable energy.

We have endeavoured to capture the conversation and ideas generated from the North American Dialogue. Download the Outcomes Report in web or print versions (PDF). 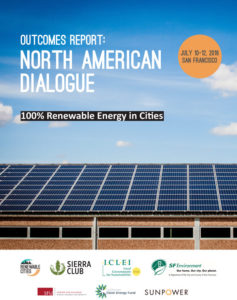 Photos from the event are available in a Flickr album.

Other resources discussed during the dialogue are available below: 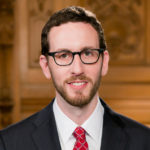 Scott Wiener is a member of the San Francisco Board of Supervisors and serves on the Board’s Land Use and Economic Development Committee and Budget and Finance Committee. 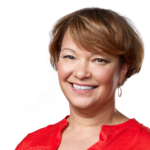 Lisa Jackson is Apple’s vice president of Environment, Policy and Social Initiatives, reporting to CEO Tim Cook. From 2009 to 2013, Lisa served as Administrator of the U.S. Environmental Protection Agency. 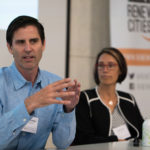 Mark Z. Jacobson is Director of the Atmosphere/Energy Program and Professor of Civil and Environmental Engineering at Stanford University. He is on the Board of The Solutions Project, served on an advisory committee to the U.S. Secretary of Energy 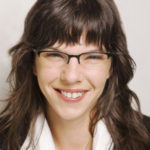 Andrea Reimer was first elected to Vancouver City Council in 2008, and re-elected in 2011 and 2014 on a commitment to make Vancouver the “Greenest City on Earth”. She had previously served as a School Board member with the Green Party from 2002–2005.

Back to Dialogues & Projects
SHARE THIS PAGE:
Manage Cookie Consent
To provide the best experiences, we use technologies like cookies to store and/or access device information. Consenting to these technologies will allow us to process data such as browsing behaviour or unique IDs on this site. Not consenting or withdrawing consent, may adversely affect certain features and functions.
Manage options Manage services Manage vendors Read more about these purposes
View preferences
{title} {title} {title}