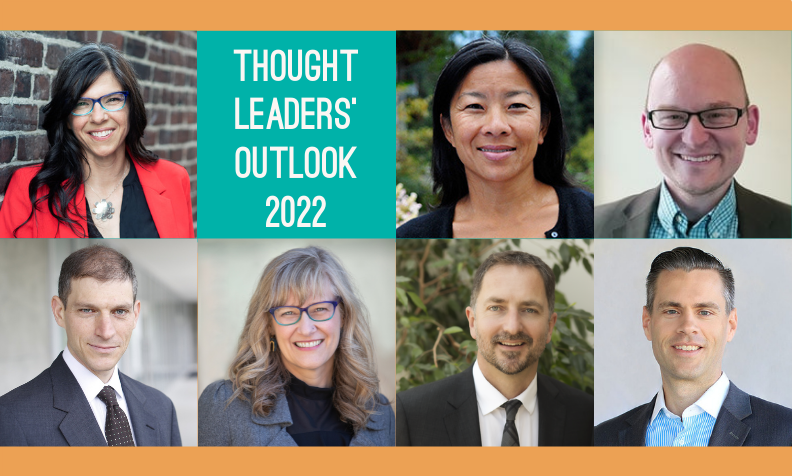 As we look ahead toward another year of advancing renewable, restorative, resilient cities, we reached out to a few of our partners to hear their perspectives on high priority climate actions for 2022.

Their insights include strategies and projects at the intersection of housing, low carbon communities, governance transformation, climate adaptation and social equity. 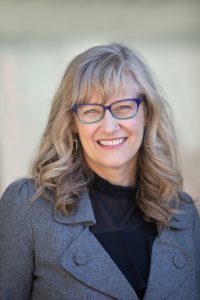 Emilie K. Adin, RPP, MCIP, is the City of New Westminster’s Director of Climate Action, Planning and Development as well as an Adjunct Professor at the UBC School of Community and Regional Planning, the President-Elect of the Planning Institute of BC, and a founding member of the BC Energy Step Code Council.

My thoughts centre around the Hopepunk narrative: “fighting for positive change, radical kindness, and communal responses to challenges.” In leading with optimism and a positive vision of our future, the City of New Westminster has focused on the convergence of climate action and social equity, both in terms of policy development and concrete actions.

This work is multi-pronged. We have underway an energy poverty project to enable local governments to undertake more equitable climate action; an Empower Me program which provides energy efficiency education and support to diverse, multilingual, and hard to reach communities in New Westminster; and an eMobility Strategy that builds equity benefits through concerted support for the increased use of micromobility options.

The most exciting project on the horizon for us in 2022 is the Bold Ideas Competition planned for the 22nd Street SkyTrain Station Eco-Neighbourhood. We are challenging experts and the community to put forward ideas on how to implement low carbon urbanism while balancing equity and inclusion. This is a pioneer project for our region and will bring together big thinkers and change makers, build hope, build equity, and implement ambitious climate actions that will re-make our world. I’m proud of this work. 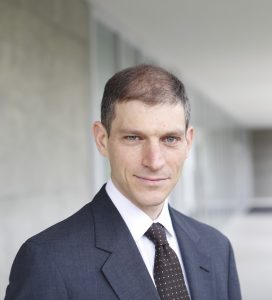 Prior to joining UBC, Davidoff worked in real estate development in Brooklyn and as an assistant professor at UC Berkeley. While at UBC, Davidoff has advised the White House on housing and mortgage policy and worked with two startup real estate intelligence companies.

The BC Government should abolish single family zoning. There may be some remote market where detached homes are what the market demands, but in the parts of the province where most people live, multistorey apartments, or at least townhomes, are what the market wants. The high cost of land rationalizes considerable density.

The Sen̓áḵw project provides an idea of what the owner of a large swath of land would do to maximize resident valuation absent government intervention; 50 storey towers at a floor space ratio over 10.0. But in most of the Lower Mainland, density of less than 1.0 is allowed. Four-storey apartments wouldn’t be a missing middle solution, they would be an extremely status-quo, friendly compromise.

But even this modest density is not on the table for most of our land. In addition to making our region more affordable, housing density will make our region friendlier to transit and active commuting—critical steps in a greener future. BC can’t solve the world’s climate problems, but we can do our part and perhaps more importantly, given our wealth and beautiful scenery, we can lead by example. 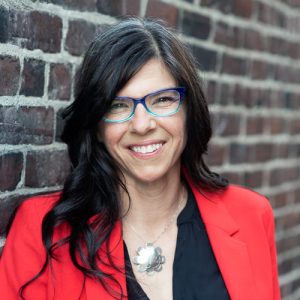 Andrea Reimer served on Vancouver City Council from 2008-2018 and led Vancouver’s Greenest City Action Plan and Renewable City initiative, making it the first major city in the Americas to commit to the transition to 100% renewable energy. Since leaving City Council, Andrea founded Tawaw Strategies and teaches public policy and engagement at UBC and SFU.

In 2022, we need to embrace the idea that climate adaptation needs to be more than just adapting our infrastructure to withstand climate impacts. It needs to be adapting our government and politics to create a climate-safe future.

In the 30 years since the UN Framework Convention for Climate Change (UNFCCC) was committed to by the world’s governments at the 1992 Rio Earth Summit, the scientific understanding of the impacts of climate change and the solutions to mitigate the worst impacts has grown exponentially while policy change itself moves along a plodding linear path at best.

As a result, the gap between what we know we need to do to address climate change and what we are doing keeps growing wider. Meanwhile climate change-fuelled extreme weather and the impacts on people, communities, the economy and infrastructure eats up more and more government time.

There’s lots to do on this front but most urgent is dealing with our clunky 19th century constitutional framework in Canada, which is ill-suited to deal with this 21st century problem. Critically, cities—where 85 per cent of Canadians live—need to be given the power to act and fund that action. Provincial governments can manage this transition by setting high floors (policy minimums) while not constraining the ceiling for cities like Vancouver, which has waited years for provincial government approval of what are routinely available tools for driving down local transportation and building GHGs in cities in Europe and Asia. 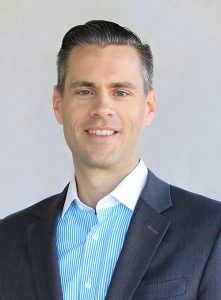 Mike Moffatt is the Senior Director of policy and innovation at the Smart Prosperity Institute and an Assistant Professor in the Business, Economics and Public Policy group at Ivey Business School, Western University. In 2017, Mike was the Chief Innovation Fellow for the Government of Canada, advising Deputy Ministers on innovation policy and emerging trends.

Housing supply in our biggest cities, particularly Vancouver and Toronto, is not keeping up with population growth. Young families are getting priced out of those markets and having to move long distances in order to find a home, a process known as ‘drive until you qualify’.

This exodus out of our most economically dynamic cities both slows economic growth and leads to substantially higher emissions, as workers often commute long distances to get to work. It will be virtually impossible for Canada to hit our 2030 climate targets unless all levels of governments work on addressing the housing shortage plaguing our cities. 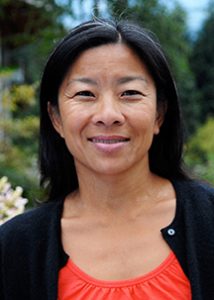 Cheeying  Ho is the executive director for the Whistler Centre for Sustainability and has over 20 years of experience in community planning, engagement and sustainability. Prior to her role at the Centre, Cheeying was the Executive Director of Smart Growth BC.

Make immediate significant investments into shifting the way people move around. This includes public transit, as well as innovative strategies to get people accessing e-bikes and other individual mobility vehicles, which will revolutionize how we move around our communities.

Make longer-term commitments and investments in more sustainable and smart growth land use patterns so that people don’t need to move around as much or as far. Smart growth and more sustainable land use creates more livable, walkable and equitable communities, as well as supports opportunities for more efficient building design. 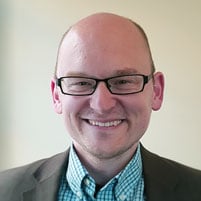 Michael Andersen is the senior housing researcher and transportation lead for Sightline Institute. Michael writes about ways better municipal policy can help break poverty cycles, with a focus on housing and transportation.

A lot of climate policymaking relies on the unpleasant work of getting people to do things they don’t want to do. But here’s a happy exception: upzoning. To quote Payton Chung, “Millions of people are eager to spend billions of their own dollars to cut their carbon emissions in half, if only local zoning would let them.”

In 2022, I hope more provinces and states in North America will join Oregon and California in setting statewide zoning standards. More than anyone, climate hawks should recognize that it’s hard to justify action unless you can get many governments to act at once. That’s why we need state and provincial zoning reform. 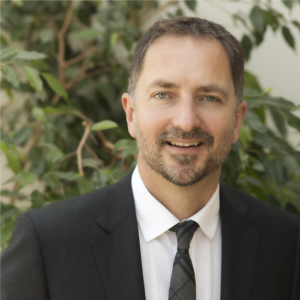 Robert Barrs is a planner with 20 years of experience in land use planning, sustainability strategy, policy development and housing research. Rob is past president of Smart Growth BC and a co-founder of Wayblaze Community Crowdfunding.

I think the biggest priority for 2022 is to develop a compelling, credible vision of a healthy economy that doesn’t rely on fossil fuels. I think in many people’s minds there is still a large and unacceptable trade-off between climate action and economic health.

We need to get away from the simplistic focus on economic growth as the primary measure of success and instead emphasize the quality and health of the economy and how it can be aligned with climate objective—locally, provincially and nationally.