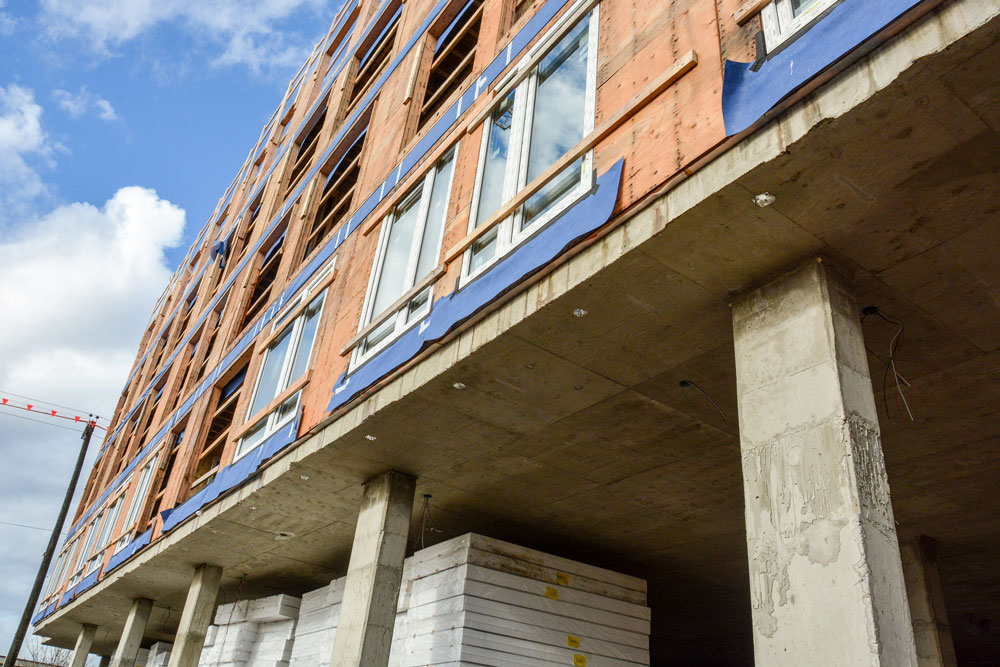 Yesterday, Resource Works and the BC Restaurant and Food Services Association released a report that criticizes the City of Vancouver’s building policies and perpetuates the myth that there will be a “defacto” ban on natural gas within city limits.

We wanted to circulate some clarifying information about the issue.

THERE IS NO NATURAL GAS BAN

There is no natural gas ban. It’s been said repeatedly. Natural gas can be used to heat water and space and cook food into the future. The City of Vancouver has said so (“We are not banning the use of natural gas…”) and we’ve even written an op-ed about the so-called ban.

WHAT ARE VANCOUVER’S BUILDING POLICIES

Efficient homes and buildings save on energy and utility bills—and are healthier for occupants.

According to a report commissioned by the City, a single family home built to Passive House Standard could see up to 25% in annual energy savings while incurring only a 2-7% premium in construction costs. Homes with upgraded insulation and windows could realize up to 25% in energy cost savings by using a heat pump instead of a natural gas furnace. What about apartments and condos? If the 85-unit Heights development in East Vancouver is any indication, residents in Passive House multi-unit residential buildings might see monthly utility bills of only $10.

BUT ENERGY IS STILL REQUIRED FOR BUILDINGS

While Vancouver’s plans will drastically reduce the amount of energy that residents and businesses need to buy, fuel is still required for lighting, heating, cooking, and other commercial processes. Wherever renewable electricity won’t do—for some homes and and industries, such as restaurants—renewable natural gas (RNG or biomethane) can be used. 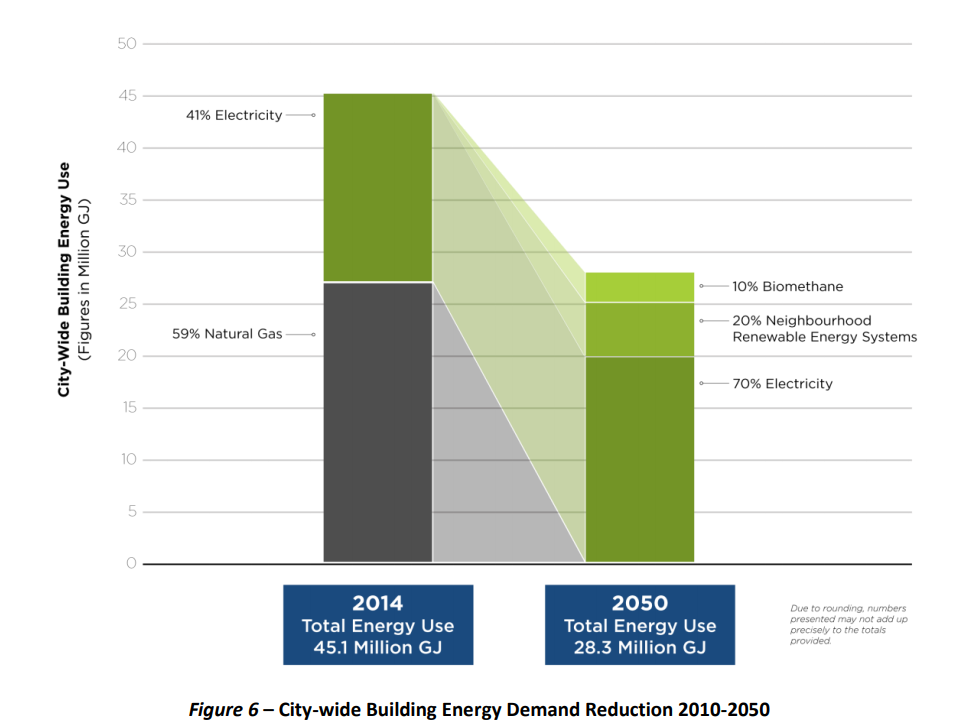 Resource Works’ report claims that cheap natural gas is a certainty in the future. Maybe, but maybe not if history is a guide. Internationally traded commodities are subject to price volatility.

The report even cites a study commissioned by the provincial government and FortisBC, which points out that British Columbia could supply enough renewable natural gas to match Vancouver’s needs.

FortisBC admits that there is plenty of demand for renewable natural gas in the province, and already sources RNG  from a variety of local producers, like landfills in Salmon Arm and Kelowna and farms in the Fraser Valley and in Delta. Imagine the potential of a future RNG supply market unleashed by municipal, provincial, and national policies.

Which leads me to another point, Resource Works lauds Swedish leadership towards 100% renewable energy. Its report says that broad political support in Sweden, “…provided a roadmap on how to achieve the 2040 renewable target for the country as a whole. It provides clarity and long term goals for all actors.”

This is a great example of the magic that can happen when the province and feds cooperate with municipalities and industry to achieve common goals. More of this, please.

VANCOUVER, OUT ON A LIMB?

The Resource Works report argues that municipalities should not be involved in tackling the challenge of climate change, that this should be within the purview of provincial and national governments only. We could not disagree more. Cities like Vancouver have been leading in reducing emissions and adapting to climate change for decades, for a number of good reasons.

According to FortisBC’s parent company, Fortis Inc. who said, “The desire for cleaner energy continues to gain momentum throughout North America. Government and regulatory policy in Canada and the United States is being directed at environmental protection… [we] are well positioned and actively involved in pursuing these opportunities.”

We have said it before in an op-ed, ambitious climate and energy policies are becoming the new norm. Last year, the BC Liberals created legislation to enable net zero emissions ready buildings by 2032. Vancouver’s not alone in adopting a comprehensive 100% RE strategy. Our provincial capital has the same target, and a number of other municipalities are considering the same goal, such as Saanich. Not to be outdone, our neighbours to the south in Portland, Oregon have also adopted a 100% RE target.

Clearly there remains plenty of work to be done in understanding and implementing these building policies in a way that aligns with multiple priorities, including affordability. But we need to have a conversation with reliable information and applaud forward-looking innovation in cities like Vancouver.

Featured image courtesy of the Pembina Institute
Comments are closed.
Manage Cookie Consent
To provide the best experiences, we use technologies like cookies to store and/or access device information. Consenting to these technologies will allow us to process data such as browsing behaviour or unique IDs on this site. Not consenting or withdrawing consent, may adversely affect certain features and functions.
Manage options Manage services Manage vendors Read more about these purposes
View preferences
{title} {title} {title}