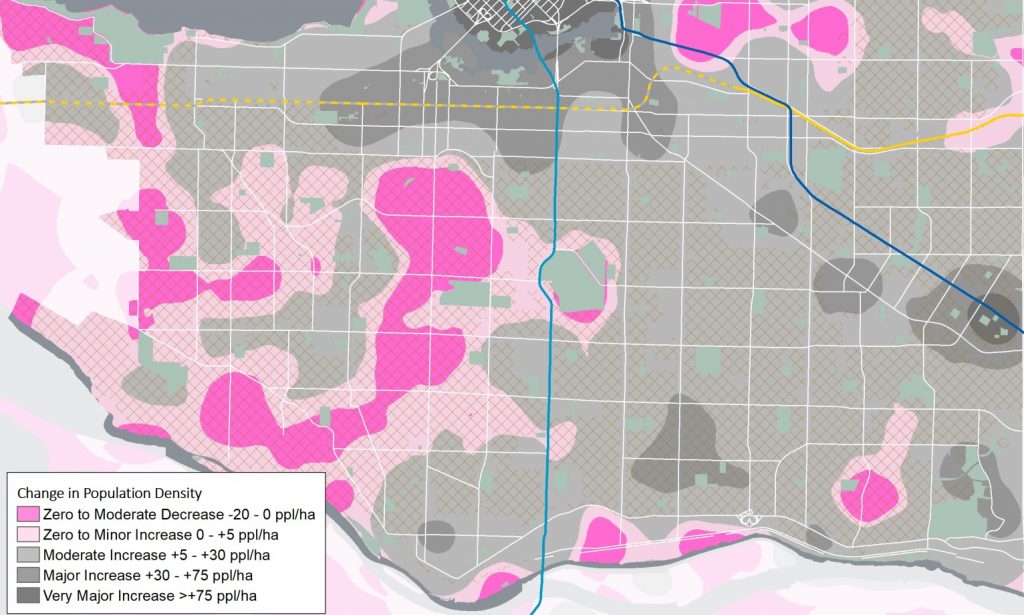 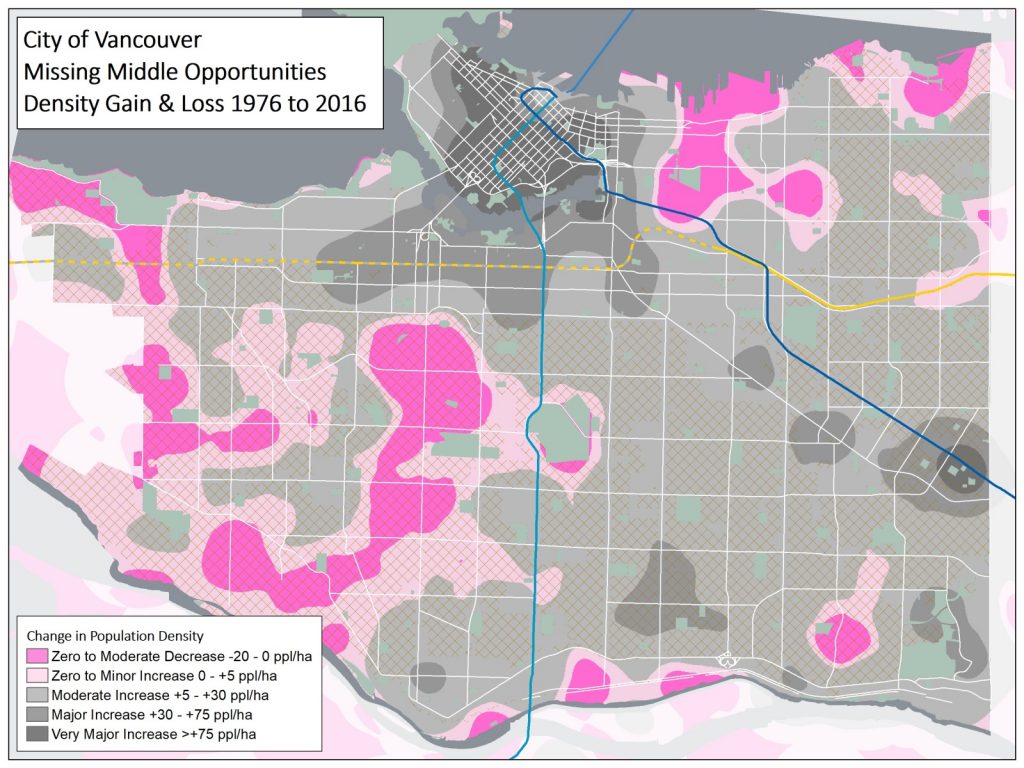 The City of Vancouver must be commended for courageously considering the removal of barriers to low rise rental and commercial along major arterials in low and declining density neighbourhoods through Streamlining Rental: Making it easier to build secure rental housing in more neighbourhoods. Renewable Cities supported the proposed amendment to the Streamlining Rental Zoning and Development By-law.

This policy focuses the right form of development in the right places and addresses multiple key priorities:

This proposed amendment can make an important contribution to these priorities today and even more so over the following decades.

Risks and opportunities that should be considered during implementation:

The proposed locations for gentle rental intensification are thoughtfully identified. As well as addressing housing affordability, they also address transportation affordability with their proximity to frequent bus corridors.  Transportation is the second biggest expenditure after housing. This frequent transit corridor focused growth along with the commercial ground floor will mitigate vehicle ownership. 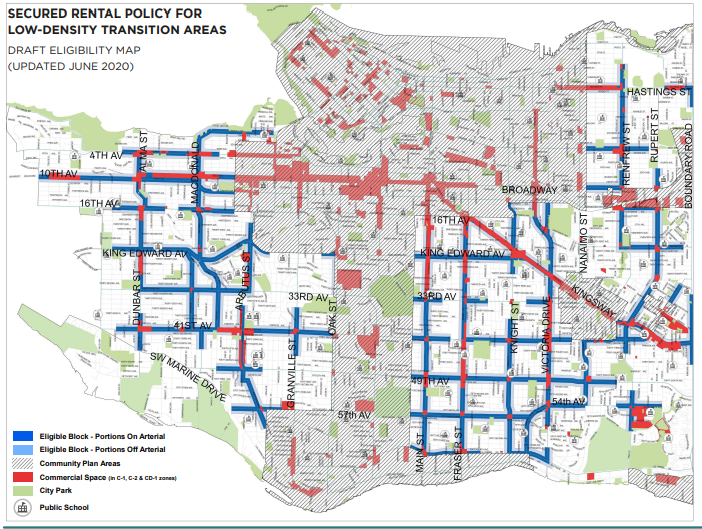 This gentle intensification is focused in neighbourhoods that have experienced minor increases to steady decreases in density. Declining density reflects surging growth in one and two person households, 38% and 31% respectively today.  By 2030, a majority of City households could be solos, disproportionately seniors. This new affordable housing with good transit will be an asset to the growing senior population. The new stock may not be sufficient to reverse steady population loss. 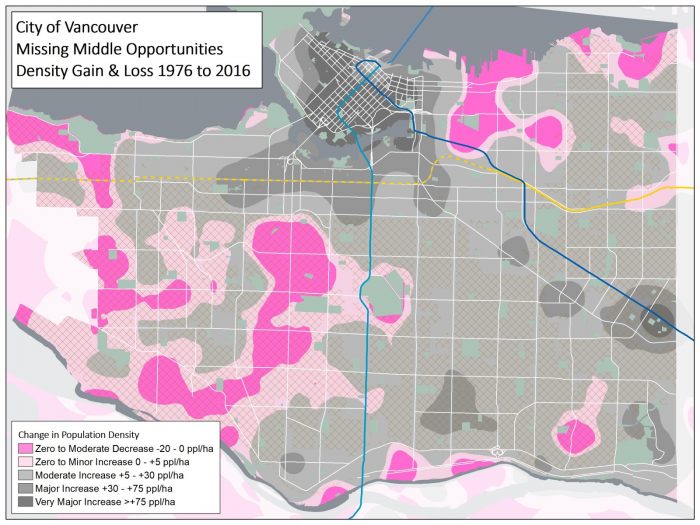 The City of Vancouver is wonderfully walkable with the exception of most of the single family neighbourhoods where this gentle intensification effort is focussed.  These attractive missing middle developments with ground floor commercial will significantly increase walkability, cutting car trips, carbon and kilos for all neighbourhood residents.  Neighbourhood walkability is one of the biggest determinants of obesity. If you are not in a neighbourhood with walkscore of 90 or greater (dark green), you are more than 50% likely to be overweight or obese. 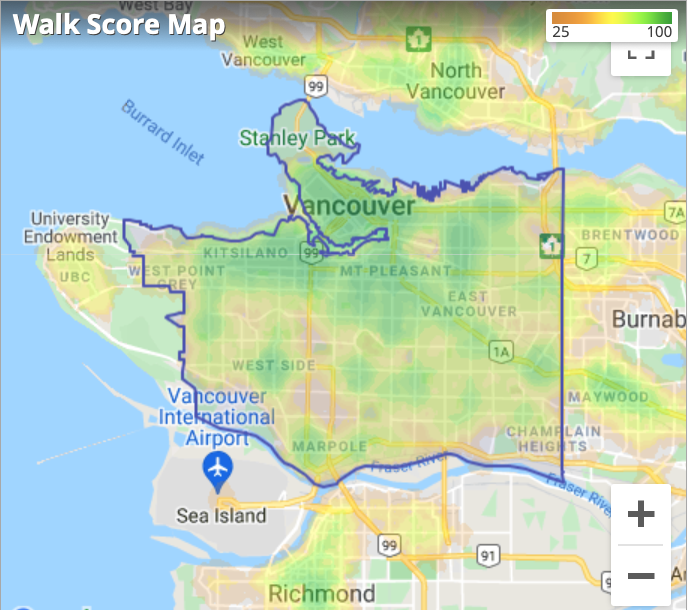