The Front Line of Energy: Mark Brostrom, City of Edmonton 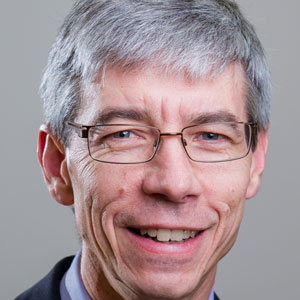 Mark Brostrom is a Director at the City of Edmonton’s Sustainable Development Department and led the development of the City’s Energy Transition Strategy. With the Strategy in place, the city in the heart of Canada’s oil country will pursue energy conservation and the development of renewables.

With nearly 30 years at the City of Edmonton under his belt, Mark has had a hand in much of the City’s environmental planning since 1990 and is a recognized leader in Canadian municipal sustainability.

At our Global Learning Forum, Mark participated in an “In Conversation” with his Melbourne contemporary and shared his knowledge through a session “Getting to a climate change commitment of 80% by 2050: The role of renewable energy”.

“It was quite useful. Timing is always the most important piece and people are moving towards [renewable energy] at the global level. With the Paris Agreement coming into force, people are starting to get more serious about renewables.

With the right political context in Canada, that type of dialogue starts to influence policy—from provincial to city to national and maybe international. Around the time of the Global Learning Forum, we were putting the Energy Transition Strategy into place at the council level and it was very useful to understand what others were doing in terms of positioning, planning, and implementation.”

“The real focus has been on approving the Energy Transition Strategy for the City of Edmonton and the budget that followed its adoption. We’re putting the resources together, hiring people, and initiating some of the more significant programs.

The comprehensiveness of the Strategy is a major challenge: There’s no one silver bullet as the reality is that in Edmonton and in Alberta, energy is intertwined with everything we do—energy is how we survive. In the Alberta context, energy is really important from an economic point of view, but along with that opportunity comes risk.

The Strategy itself gets at everything from commercial and residential buildings to transport systems to energy efficiency to renewables. We’re looking at a range of programs including renewable energy generation, building retrofits, and energy labelling.

We’re asking City departments to lead, and it’s getting more traction and attention throughout the corporation, but even if you put them all together—policing, recreation, transportation, and the rest—you’re only looking at 5% of Edmonton’s energy consumption. That’s why we need to get the entire community on board.

We have done a fairly good job of bringing stakeholder groups along, which includes some citizens, but one of the big challenges is to get the word out to the average Edmontonian or business owners in order to make the energy transition much more of a community priority. While some citizens are at the leading edge of energy, a challenge is how to take it down to the less engaged, the people who are interested but wondering about what they can do.” 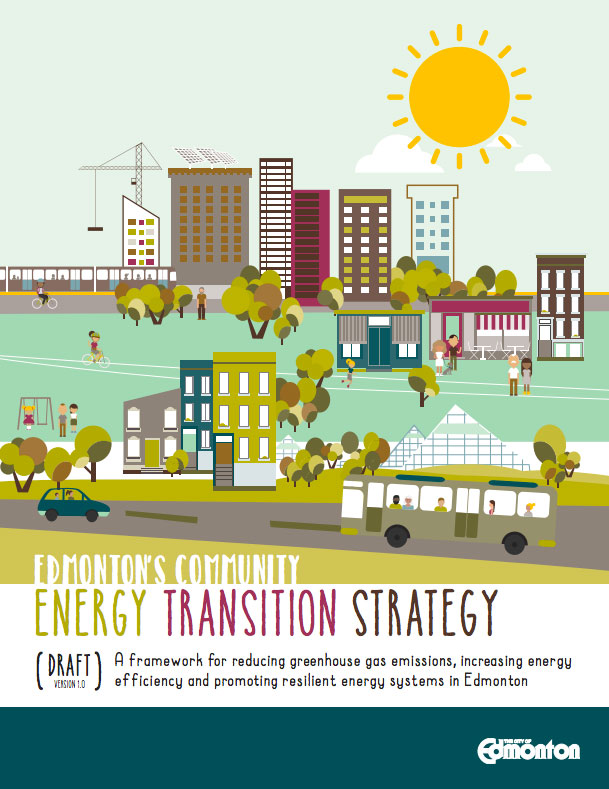 “I ask myself, ‘What are those things happening out there that could impact us positively or negatively,’ and I have to say it’s the pace at which renewables are being adopted or committed to, particularly at the international level. I’m not sure if we have a handle on what these trends mean yet in Canada, Alberta, or in Edmonton.

When India talks about 100 gigawatts of solar by 2022, you start to realize, “this stuff is big!”, and you wonder if India will get there or not. Globally, we have blown by the predictions of where solar and wind energy are going, particularly as mass production increases.

We’re only beginning to tackle transportation, electric cars and buses in cities, and battery storage plays a huge role [in their adoption]. We’re starting to see some large signals, such as the Tesla factory coming online. These may be some very disruptive technologies.”

“In our program we’re doing a lot on energy conservation, which will make sense no matter where we are going. One challenge in the City of Edmonton’s energy transition is this question around energy systems for cities. What we have now are energy systems—plural—which are complementary, but entirely different: fueling stations for transportation, electricity for lights and computers, and natural gas for home heating.

These three systems are planned independently, but in the future there will be more integration, and then energy storage will be coming online.

The thing is, you can get more renewable energy system into the grid before it impacts the overall system, but then you begin to run into a situation like the Germans are encountering: at times energy cannot be sold because of saturation.

This is something we will need to grapple with nationally and we could get to a point into the future where cities could be very independent and be [gross] energy generators feeding into a system. We can do that at an individual building level now, but can you get to a Net Zero community? What about a city? Pretty soon you get into a different kind of energy system entirely and you have to begin thinking about stranding infrastructure.

It’s really difficult to understand and plan for what a future city energy system might look like.

Lastly, we’re just starting to get into autonomous vehicles and don’t fully know what they mean yet. This is a very interesting and potentially very disruptive technology.”