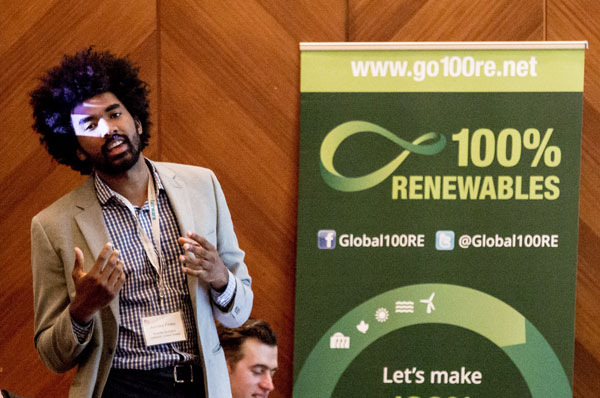 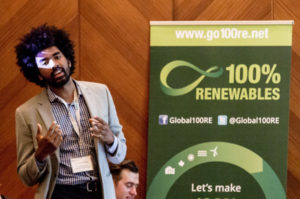 Ashoka Finley is helping to lead the effort for community-owned solar on the rooftops of Oakland—to harness the power of distributed solar for the public good. The well-spoken project leader at the Energy Solidarity Cooperative works with schools and community-based organizations to build more just and sustainable cities.

At our Global Learning Forum, he led the session Developing creative energy cooperatives in an uncooperative environment.

“It was an interesting overview for me. Realistically, the challenges I face in the local context are so specific, such as figuring out how to create a joint power authority that’s responsible and accountable to the community. While those [specific to Oakland] micro-issues weren’t present at the Forum, many other things were fascinating. I’m interested in the social context for energy transformation, looking at renewables as a means and not an end.

As a cooperative, the process we engage in involves dialogue, consensus building, and getting stakeholders to the table. This was the context for the Forum and it made my session more productive.”

Where do you see the biggest opportunities for dialogue to advance your work?

“Often, in the renewable energy (RE) sector, the focus has been on combating climate change, lowering the cost of solar, and looking at the impacts of price parity between fossil fuels and photovoltaics. But what about if we look at energy system transformation as a vehicle for social equity? Should the people whose rivers that have been polluted by coal and fracking be the first in line for solar investments?

I started my session [at the Global Learning Forum] with the question, ‘Is renewable energy and climate change a tech problem or a social problem?’, and everyone said ‘social’. So, my question is, how do we as a movement have a broader strategy to interface with utilities? How do we create incentives for revolving [distributed RE investment] funds or ownership versus leasing models for low-income people?

To me, the social benefit of RE aligns itself with the best efficiency of renewables deployment: it’s best to use energy where it is produced. However, this has not been prioritized as utilities are [promoting] renewables on a utility scale by prohibiting smart grids and community interconnection. Another point is that if richer households move to RE, energy prices for lower income households can rise. These are subtle, but important differences in how [different] energy transformations can happen. The solution is predicated on relationships.”

“My last year can be characterized by building community partnerships. It would be so much easier if we just developed solar projects and didn’t build relationships—we would just pick the best sites and that would be it. But we’re focusing on job growth and education, which can hinder the project’s development in some ways. For example, I’ve been teaching at a youth apprenticeship program where I have trained people in renewable energy, physics, and [solar] installation.

Some of the challenges in [developing solar] in the Bay Area have been access to landed resources, for instance some of the questions we have to consider are: do people own their own building or is the roof quality enough? We’ve just begun opening up a partnership with the City of Oakland to talk about using their city-owned spaces and existing facilities.”

“Price parity is happening and it has been drawing a lot of interest, including from international finance interests. Even the British Sovereign Wealth Fund is now looking at climate risk.

Another development is that solar leasing companies are rising in the United States and are expanding their consumer bases. From a financial and technical standpoint, it’s all there [to promote RE deployment], which will continue to feed the political will.” 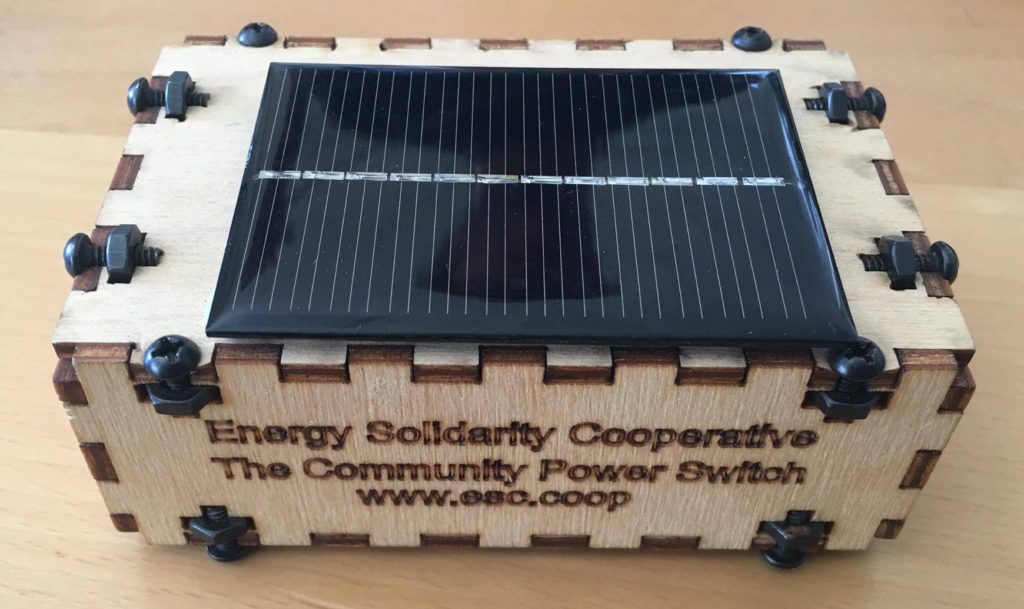 “The proliferation of electric vehicles and the charging network that will be created to support them. For [developers and institutions], what does it mean to build an entirely new class of infrastructure, such as an electric vehicle charging grid and how does it relate to how we want to manage energy in the future?

Liquid fossil fuels account for more than 90% of transportation energy, and to maintain that infrastructure we need a network of oil pipelines and gas stations. But what else is needed to maintain this [conventional] system of transportation energy supply? The political situation underpinning fossil fuels is tenuous: We have rising instability in Brazil and in Argentina, economic downturns in Central Canada and the shale regions of the US. In Saudi Arabia we have [signs of] unrest and in the Iraqi Shia corridor. Along with that, there is deteriorating relations with Russia. It would seem that the short game is political instability. What will happen to the countries and regions whose economies are fully dependent on fossil fuels, as the transition to renewables takes hold? This will definitely be something to watch.”

Do you see any opportunities to grow the movement towards 100% renewable energy in cities?

”In the United States we need to figure out how to get a presidential campaign to do it. We need high level political advocacy, I think this would create more opportunity for local governance institutions to push for renewables in a concerted way.”