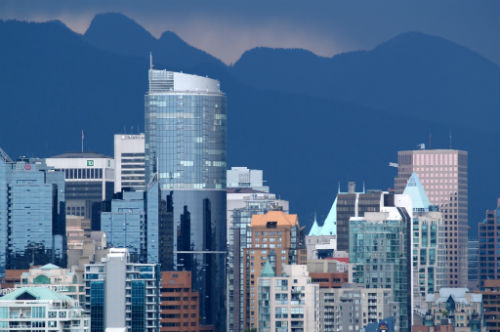 Written by Alex Boston, Executive Director, Renewable Cities. This op-ed originally appeared in the April 23, 2019 edition of the Georgia Straight.

Vancouver has been a climate action pioneer, adopting one the first action plans by any level of government anywhere—Clouds of Change—in 1990. Over successive councils with consistent multipartisan support, Vancouver has deepened it’s resolve and reinforced diverse public interests. Proactive policy has helped establish Vancouver North America’s car-share capital, enhancing mobility while reducing car reliance. Vancouver has one of the largest and fastest growing trip shares by bus, bike, and boot, correlating with one of the lowest rates of obesity.

Vancouver was a trailblazer with its Renewable City Strategy. As evidence mounts on the carbon reductions necessary to avoid the most serious impacts of climate change, hundreds of cities are now following suit, as are companies and countries.

In January, city council unanimously recognized our “climate emergency”, calling for an investigation into stepped up measures to cut carbon, reduce vulnerability to impacts and integrate equity. A preliminary staff response will be considered by council this week.

The response positions Vancouver on the cusp of a new frontier. Affordability and climate change are the two greatest challenges of our generation. Historically, they have been addressed in isolation. Proposed measures include a pivot toward integration that should be intensified.

The high personal cost of transportation is brought out of the shadows and into the affordability debate. Households in this region spend on average 30 percent of revenue on housing, and almost 20 percent on transportation. Protecting and expanding rental housing around new and existing underutilized SkyTrain stations is a surefire approach to cut household costs and carbon.

At the same time that Vancouver is densifying around corridors and hubs, many neighbourhoods have never in the city’s history been so sparsely populated. This is due to an aging population and plummeting household occupancy.

More than 70 percent of Vancouver households have only one or two occupants. It should be easier and more attractive for seniors and empty nesters to downsize in their own single-family homes and ‘hoods by building on the city’s history of laneway housing and secondary suites with more liberalized rules for attached accessory dwelling units, stratification of single-family and laneway homes, and other zoning innovations. If the city further reduces policy barriers for interested homeowners, and the province steps up to diversify conservation incentives for increased occupancy, this could be the lowest cost strategy for low carbon, low cost market housing.

It is noteworthy that all these measures involve land use. While land use is municipal governments’ primary area of authority, it is largely overlooked in climate action.

According to the latest Global Warming of 1.5 °C report from the Intergovernmental Panel on Climate Change that precipitated council’s Climate Emergency resolution, “effective urban planning can reduce GHG emissions from urban transport between 20% and 50%.”

This startling new report underscores all of us will be increasingly impacted by climate change. Water insecurity and forest fire will become more common and intense. Sea level rise will make some of Vancouver’s priciest homes uninhabitable. It is, however, those with the least resources who will, generally, have the lowest adaptive capacity. Solo seniors living in poorly insulated homes, for example, will be more vulnerable to mortality during heat waves.

No city, however, can reach a 100 percent renewable destination on its own. Reducing energy demand and decarbonizing supply where we live, work, shop, play, and how we move among these places demands stronger collaboration between all levels of government. Likewise, meeting the province’s new CleanBC targets will require stronger coordination with cities.

Vancouver is poised to chart a path demonstrating the intensity of effort required to avoid the most serious consequences. The city can blaze a trail to be followed by others, simultaneously tackling climate change and affordability, and mainstreaming land-use planning as a field of action. Hopefully, the mayor and council will lead us down this path.