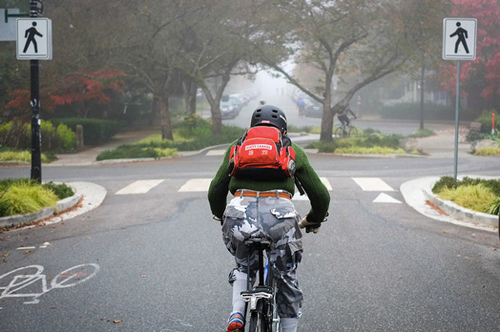 Written by Michael Small, Executive Director, Renewable Cities. This op-ed originally appeared in the November10, 2015 edition of The Tyee.

Every year in Vancouver, we dump millions of dollars down the drain in wasted energy while pumping polluting greenhouse gases into the atmosphere. At the same time, the city becomes more unaffordable every year for low and middle-income citizens, while the risks of extreme weather events to everyone continue to grow. Vancouverites can’t afford to keep living like this. That’s why the City of Vancouver’s Renewable City Strategy, unanimously approved by council last week, offers a long-term plan to cut energy waste in this city while increasing our use of clean, renewable energy — all the way to 100 per cent. The strategy has attracted plenty of international attention, particularly from cities that face the same challenges as Vancouver.

Thomas Edison’s maxim that “waste is worse than loss” is as poignant today as it was in 1882, when he founded his first electric utility at NYC’s Pearl Street Station. The American Council for an Energy-Efficient Economy says energy efficiency is “one of the least expensive, most abundant, and most underused resources for local economic and community development.” Along these lines, the International Energy Association says energy efficiency measures have saved its member countries US$550 billion over the last 25 years. With its generally conservative outlook on power matters, the association is now trying to change the channel on how we view power by calling energy efficiency the “First Fuel.”

It’s true that in B.C. energy seems dirt-cheap by developed country standards. Sadly, what seems like cheap energy for the individual consumer encourages waste. Why upgrade the insulation in your house when natural gas has been kissing record low prices? Why take the bus or switch to an electric vehicle? Gas in Vancouver is down 20 cents a litre from the mid-summer highs. Maybe this time it’ll stay down?

But it’s not cheap, not for the City and not for the community, because taken together this energy waste represents hundreds of millions of dollars lost every year. Without a Canadian statistic we have to rely on the California’s Lawrence Livermore National Laboratory, which says that 61 per cent of all energy that flows through the U.S. economy is wasted.

There are no mysterious energy gremlins: the culprits are us. We’ve all heard of leaky condos. But porous houses and other buildings see heat and dollars escape to the outdoors through thin walls, windows, and insulation. A standard internal combustion engine car only uses 15 per cent of the fossil fuel energy you put into it. Most of the energy generated by burning gasoline in a car is lost through drivetrain friction or in waste heat. Conversely, electric vehicles are upwards of five times more efficient and can take advantage of abundant, clean, and cheap hydropower.

Neither is energy cheap for low-income households, who especially suffer from low-quality housing. According to a report by the Canadian Council for Policy Alternatives, 18 per cent of British Columbians suffer from energy poverty. Their quality of life is compromised by high energy costs and, more importantly, health issues associated with the dampness, mould, and cold of energy inefficient housing. People who are energy poor face major barriers to enjoying the benefits of home upgrades: a lack of information, shortfall in capital, and the split incentives associated with renting.

With the built environment measures identified in the Renewable City Strategy, we should see a transition to tighter, energy-saving buildings. By 2050, 70 per cent of the buildings in the city will have been retrofitted or built to near zero-emission standard. This will lead to fewer operating costs and much better health outcomes. By itself, the City of Vancouver is one of the biggest landlords in the city, with its 420 buildings and over seven million square feet of floor space. It’s in the perfect position to capitalize on investments in energy efficiency with its long-term perspective.

On the transportation side, our city’s residents can pat themselves on the back for recently achieving a “50-50” split — half of all trips in Vancouver are made by walk, bike, or transit, with the other half being made by car. According to the BCAA, the average person spends around $10,000 a year on car ownership. The Renewable City Strategy outlines a continuation of providing more affordable and cleaner transportation options, including more electric vehicle charging, biofuel infrastructure, and cycling and transit upgrades.

With the strategy in place, residents, the City, and taxpayers will be able to capitalize on a number of energy-saving benefits. It’ll help plug that energy drain and keep polluting greenhouse gases out of the air.