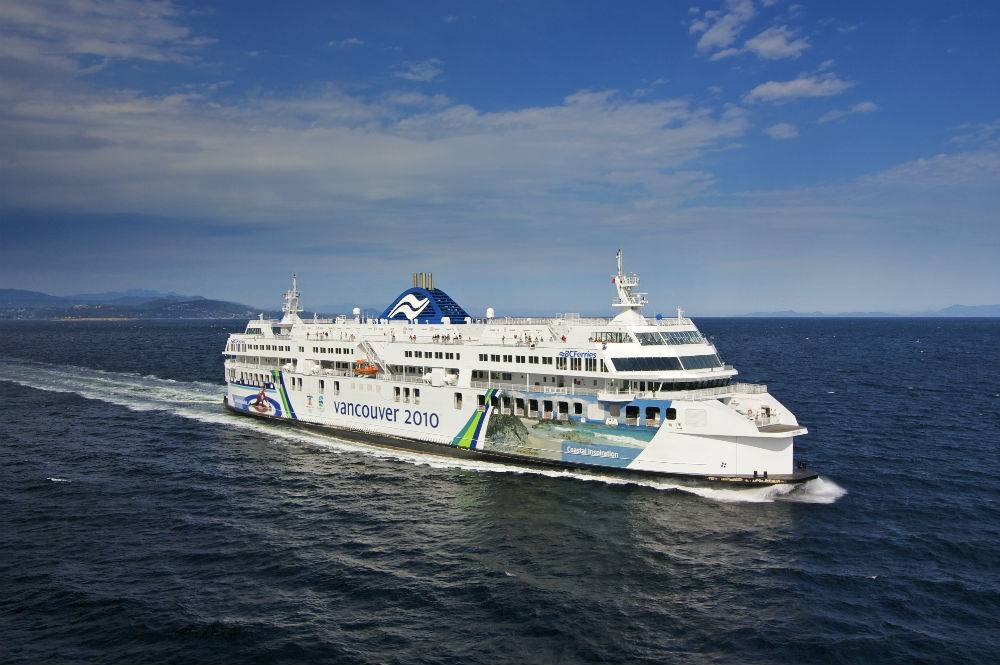 Op-ed: B.C. Ferries should focus on communities, carbon reduction, and clean tech, not cars and congestion

Written by Alex Boston, Executive Director of Renewable Cities. This op-ed originally appeared online on November 29, 2019 in the Georgia Straight.

B.C. Ferries recently awarded contracts for four hybrid ferries that will run on diesel and may transition to electricity “when the technology matures”. This is disingenuous for a province that boasts about climate leadership while failing to bend its emission trajectory toward its 2030 carbon targets, notably in transportation, British Columbia’s largest and most rapidly growing greenhouse gas (GHG) sector.

B.C. Ferries and the B.C. government need to drive deep GHG reductions starting now, not some uncertain date in the future. They need to transform, rather than tinker with, a fundamentally flawed high-carbon, high-cost, high-congestion transportation system. This 20th-century thinking relies on heavy subsidies for ferries, routes, and terminals, focuses on moving cars rather than people, and overlooks cost-effective ways to connect and support healthy, vibrant communities with diverse transportation options.

Many of B.C. Ferries’ biggest terminals are in far-flung locations removed from key origins and destinations, forcing millions of travelers to drive millions of extra kilometers every year, and contributing to some of B.C.’s biggest traffic bottlenecks. If addressed at all, these bottlenecks are temporarily solved with road, bridge, and tunnel expansions that provide temporary relief for a decade or so, before driving the congestion further down the road to another choke point.

As part of its long-term capital plan, which will replace half the fleet over the next 15 years, B.C. Ferries should consider foot-passenger, electric ferries for select routes with multiple vessels. Foot-passenger ferries could connect downtown Nanaimo, Gibsons, and Snug Cove to Vancouver’s city centre, and Victoria Inner Harbour to the SkyTrain network via Richmond. One or two foot-passenger, electric ferries could provide a share of services between Gulf Island villages and Vancouver Island, and potentially the mainland. Foot-passenger electric ferries would supplement, not sideline, vehicle ferries, which would continue to provide vital economic and social linkages between coastal communities.

Foot-passenger ferries are smaller, less expensive to build and operate, and require less expansive and expensive terminal space. They can travel at high speeds with modest wakes, connecting origins and destinations in less time, while reinforcing sustainable land use and transportation infrastructure decisions that comprehensively cut congestion, commute times, transportation costs, and carbon.

Congestion has peculiar thresholds; by reducing a small percentage of vehicles from a route, travel speeds can double. Moving a share of travellers between downtown harbours would cut congestion on the Second Narrows Bridge, the Massey Tunnel, the Pat Bay Highway, and the Lower Sunshine Coast.

These European innovations are being driven by regulations, public-private sector collaborations, and long- and short-term targets. The Norwegian parliament has resolved to make some of its protected fjords zero-emission zones by 2026, driving further innovation in low-carbon vessels. The rewards are immense with explosive global growth projected for low-emission ship-building, particularly in Northern Europe. Companies are now benefiting from commitments in Asia and even next door in Washington state, which is converting three vehicle ferries to operate primarily on electricity with diesel backup.

B.C. is well-positioned to capitalize on this market opportunity. Corvus Energy, one of the world’s largest providers of reliable energy storage solutions for electric and hybrid marine vessels, is based in Richmond, B.C. While Corvus is more active in Northern Europe, it has partnered with Seaspan—the province’s largest shipbuilder—to build industrial marine transport vessels. B.C.’s hydrogen fuel cell hub and emerging renewable natural gas sector can offer solutions for longer vehicle ferry routes that are more difficult to electrify.

To realize these opportunities, we need to move beyond high-level commitments to short- and long-term sectoral targets for the marine sector, regulations, and public- and private-sector collaborations. B.C. possesses a shining example of how to drive change in zero-emission marine and on-road transportation: the collaborative process, capacity building, and regulatory innovation established under B.C.’s Energy Step Code. It is establishing B.C. as a global leader in market transformation toward net-zero new building construction.

B.C. can clean up the atmosphere and its waters, and build better communities and a clean-energy economy, but it must transform, not tinker with, its CleanBC transportation policies.

Alex Boston is executive director of Renewable Cities and a fellow with the SFU Morris J. Wosk Centre for Dialogue. He has served local, provincial, and federal governments and utilities on community climate and energy for 15 years.