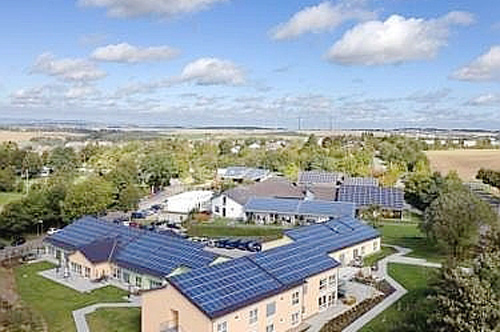 Written by Jose Etcheverry, Associate Professor and Co-chair of the Sustainable Energy Initiative of York University and Fellow, SFU Centre for Dialogue. This op-ed originally appeared in the May 15, 2015 edition of the Vancouver Sun.

Shifting to 100-per-cent renewable energy is possible and a crucial step toward achieving climate security. But what does that shift mean for Canadian families worried about their jobs and household energy expenses?

Almost a decade ago, one of my best friends from the David Suzuki Foundation developed a captivating story about how energy expenses affect Canadian families. During public talks he would ask audiences to visualize a town of 10,000 families and consider their annual energy expenses. If each family spends about $5,000 a year in gas, electricity and heating bills, that’s about $50 million spent every year on energy. This town alone would spend half a billion dollars in a decade.

Assuming those same 10,000 families cover their energy bill the way most Canadians families do, they are sending much of that cash out of their community and extending our reliance on high-carbon energy production. Even though our electricity is relatively low-carbon, the average Canadian in 2012 still used 23 litres of fossil fuel per person per day, producing on average twice the greenhouse gas emissions of Europeans.

If these 10,000 families instead invest in conservation and renewable energy solutions to satisfy their heating, electricity and transportation needs, more of that energy bill would be used to create local jobs, energy security and environmental protection.

Years after hearing this story, I was fortunate in 2013 to meet Bertram Fleck, a sharp politician from the Rhein-Hunsrueck district in Germany, a region of about 100,000 people. He showed me how his community made that energy transition a reality.
Fleck campaigned in 1999 by promising to harness the 370 million euros his region spent on annual energy bills and re-direct the money for local renewable energy. Rhein-Hunsrueck met its 100-per-cent renewable energy target by 2012. It has tripled that achievement today and, by producing more than its needs, export renewable energy to generate local jobs and wealth.

Recent news suggests the forum is well-timed. The governor of California recently announced greatly increased greenhouse gas-reduction targets. For Canadians, that is an auspicious announcement as two of our largest provinces, Quebec and Ontario, are married under their cap-and-trade treaty to an increasingly ambitious California. Although California’s new climate target has been widely celebrated, it has also been criticized due to the lack of a concrete plan to achieve those formidable GHG targets.

Canada urgently needs such ideas to address the climate crisis, diversify its economy, create jobs and foster wealth creation. The good news is that, as Rhein-Hunsrueck and many other leaders are proving, it is possible to do well by doing good.