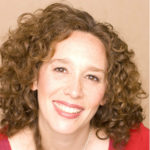 Tzeporah Berman is a Canadian environmental activist and writer, and has 20 years of experience designing environmental campaigns in Canada and internationally. She is known for her role as the blockade coordinator for largest civil disobedience in Canada’s history in Clayoquot Sound in 1993. She currently works as a strategic advisor to a number of First Nations, environmental organizations and philanthropic foundations on climate and energy issues, including the oil sands and pipelines. This year she was appointed by the Alberta Government to Co-Chair the Oilsands Advisory Working Group tasked with making recommendations to implement climate change and cumulative impact policies. Last year she was appointed to the BC Government Climate Leadership Team tasked with making policy recommendations to meet BC legislated climate targets.  Tzeporah is an Adjunct Professor, Faculty of Environmental Studies, York University, the former Co-Director of Greenpeace International’s Climate Program and Co-founder of ForestEthics. Her book This Crazy Time: Living Our Environmental Challenge was published by Knopf Canada in 2011. Berman was awarded an Honorary Doctorate in 2013 by the University of British Columbia.

Visionary Futures: What Would a Renewable City Look Like?