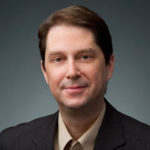 Rob Harmon has worked in the fields of clean energy and water for 30 years. Since 1998, he has focused on creating practical, scalable alternatives to outdated, entrenched, transaction structures.

Rob served for 10 years as Chief Innovation Officer for the Bonneville Environmental Foundation (BEF), where he developed and launched the first carbon calculator on the Internet and closed the world’s first retail renewable energy certificate (REC) transaction.

That work laid the foundations of today’s “green power” offerings throughout the utility world and launched an industry with annual revenues in the hundreds of millions of dollars.

In 2009, Rob created and launched BEF’s Water Restoration Certificate business line, which utilizes voluntary markets to restore critically de-watered ecosystems. The approach is now credited with restoring more than 50 billion gallons of water to degraded rivers and streams and is the subject of Rob’s 2010 TED Talk.

11:00  -  12:00 at the Okanagan Room
Manage Cookie Consent
To provide the best experiences, we use technologies like cookies to store and/or access device information. Consenting to these technologies will allow us to process data such as browsing behaviour or unique IDs on this site. Not consenting or withdrawing consent, may adversely affect certain features and functions.
Manage options Manage services Manage vendors Read more about these purposes
View preferences
{title} {title} {title}