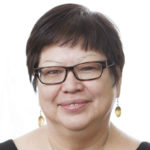 Kekinusuqs, Dr. Judith Sayers is a Strategic Advisor to First Nations and provides advice on many issues. She is an adjunct professor with the Schools of Environmental Studies and Business at the University of Victoria. Judith has been involved in the Clean Energy industry since 2001 when her First Nation undertook to develop the 6.5 MW China Creek Run of the River project. As Chief of her First Nation, she was instrumental in the development of that project and it has been operational since 2005 Judith was on the Public Advisory Panel of the Canadian Electricity Association for 5 years. Judith has served over five years on the Clean Energy BC board. In September 2015, Judith was named to Canada’s 2016 Clean50 as a contributor to Clean Capitalism. In November 2015 Judith was awarded a Lifetime Achievement Award from Clean Energy BC. Judith has compiled a BC First Nations Clean Energy Toolkit and strategy paper for the BC First Nations Clean Energy Working Group.