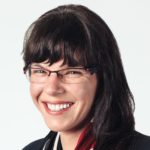 Inspired by Mayor Gregor Robertson’s leadership to join Vision Vancouver, Councillor Andrea Reimer was first elected to Vancouver City Council in 2008, and re-elected in 2011 and 2014. She had previously served as a School Board member with the Green Party from 2002–2005.

In her original campaign for City Council, Councillor Reimer made commitments in three key areas: Greenest city on Earth; City of compassion and opportunity; and City of strong communities.