How Renewable Energy Is Changing Conventional Thinking about Energy for Cities 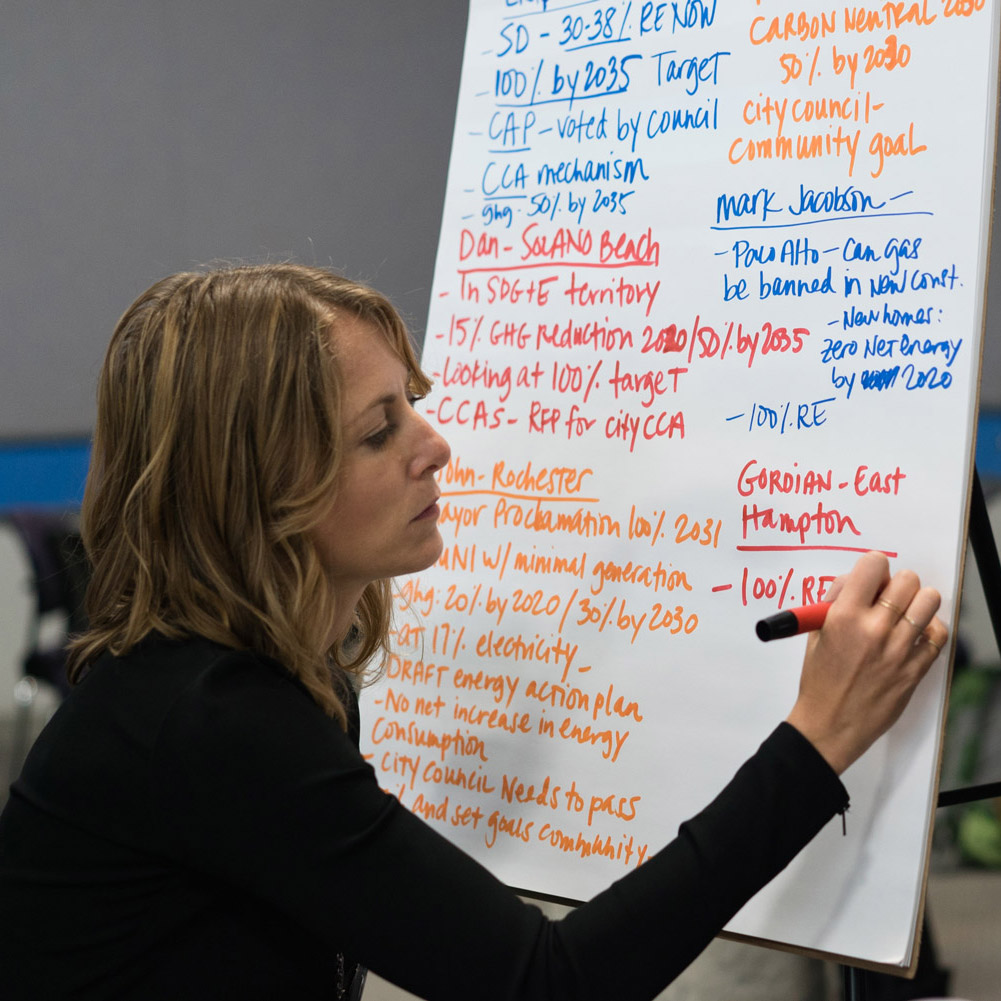 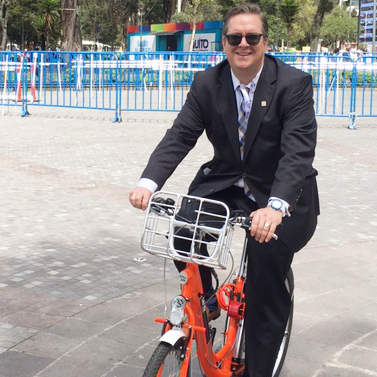 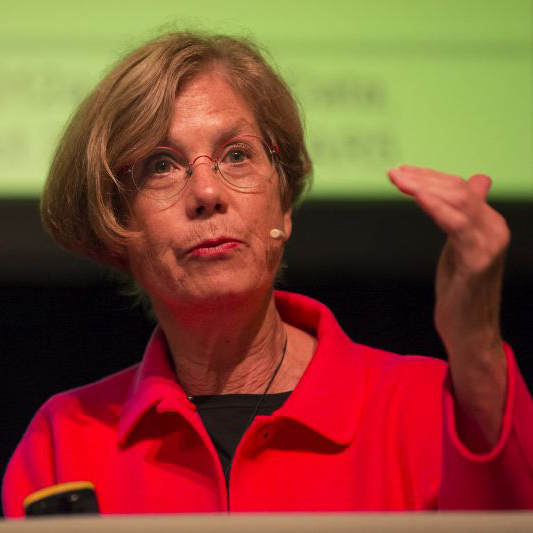 Distributed and local renewable energy (RE) generation is beginning to take root in urban environments around the world, from low-income neighbourhoods in U.S. cities to informal settlements in Latin America.

Distributed RE solutions—including in the form of solar PV and microgrids—can offer real improvements in the lives of people in marginalized communities. Their growth has been activated by steeply declining technology costs, community organizing, and inventive new business models.

These were some of the ideas offered by Michael Westphal, a Senior Associate of the World Resources Institute (WRI), who works at the intersection of sustainable cities, finance, and the Global South and Jodie Van Horn, who is the Director of the Sierra Club’s Ready for 100 campaign, which mobilizes U.S. communities to commit to 100% renewable energy. The panel was moderated by Sybil Seitzinger, Executive Director of the Pacific Institute for Climate Solutions.

The picture from the Global South

The WRI’s Michael Westphal began by saying, “Energy powers a city, it’s essential for economic productivity and livelihood.” He also laid out the scale of the global urban challenge, “By middle of the century, 2.5 billion new people will be living in cities.”

Describing the realities for some of the world’s poorest locales, Westphal painted a stark picture of what life without adequate access to energy is like. He said nearly 130 million people in cities lacked access to electricity—and those with access to power frequently suffer through frequent power interruptions. This is especially true for informal settlements, of which utilities are reluctant to serve because of land tenure issues and concern around electricity theft.

“Poor urban households often spend anywhere from 14 to 22% of their incomes on energy,” explained Westphal. He went on to say that Global South cities frequently derive their electricity from dirty sources, including from diesel and kerosene for lighting.

But access to affordable, clean, and reliable electricity offers enormous upshot for people living in these communities. “[W]hen households have access to lighting, girls can study. Women have much more ability to do work,” Westphal elaborated on the social benefits of lighting, which include increased safety, particularly for women, and economic opportunities.

Why distributed renewables? “The grids have often failed to deliver electricity to the global underserved,” stated Westphal. But even where grid hookups are possible—with connection fees as high as 100% of monthly income in some locales—many households cannot afford to tap in. Distributed generation offers a way around expensive connection costs for poor households.

Of all the types of distributed renewables available in the Global South, solar photovoltaic (PV) has the highest potential for growth. “The IEA estimates by 2050 that 30% of city’s electricity needs globally could be met by solar PV,” said Westphal.

Further, the economic case for renewable energy is strong. The levelized cost of diesel, which is frequently burned to generate electricity in the poor and remote regions of the world, is higher than the cost of renewables in almost all non-OECD countries.

When asked to highlight prospects for distributed renewables in the Global South, Westphal pointed to three major trends. They included: 1) rapidly declining costs of renewables technology; 2) increasing levels of political commitments by cities to reduce emissions, worldwide; and 3) emerging new business and finance models, such as net metering, that can help to grow the RE market.

Speaking for the Sierra Club’s Ready for 100 campaign, Jodie Van Horn explained that nearly 30 cities in the United States have already committed to 100% clean and renewable energy. Some of these cities include Boulder, CO; Pueblo, NM; and Portland, OR.

In planning their energy systems, local governments should deliberately address social, economic, and racial injustices issues. “100% renewable energy can bring wealth and community benefits to all,” said Van Horn. She elaborated that policies need to be put into place that ensure equitable access to the potential benefits of RE, including good jobs, lower energy prices, business opportunities, and healthier communities.

Van Horn outlined a range of best practices for municipalities that are implementing 100% renewable energy targets.

The first follows the principle that the people most impacted by a problem are the best equipped to identify a solution. “There should be resources for [specific] communities to be active members at the decision-making table,” said Van Horn. She cited the City of Portland, OR’s Office of Equity and Human Rights and the City of Boulder, CO as having an exemplary processes.

Renewable energy in the U.S. is flourishing, including the solar industry whose 250,000 jobs now outstrip those in coal. Van Horn prescribed two ways governments should address equity in the job market: 1) policies should ensure that jobs in the nascent RE industry are both high-quality and accessible by low-income workers, and 2) governments should offer transition assistance to people employed in declining energy sectors, such as in the coal industry.

She also outlined affordability as a key issue, “Low-income households pay three times as much [for electricity] as other households,” said Van Horn. Local governments should proactively set goals that maintain or improve the affordability of energy—which is increasingly derived from renewable sources—for low-income communities and households. Van Horn related the case of the City of Pueblo, CO, which suffered three electricity rate increases since 2008 and has since committed to 100% renewable electricity. “It was the homeless shelter that initiated the coalition for energy justice,” said Van Horn, who explained that unaffordable energy can contribute to poverty and homelessness.

In the United States and in the Global South, local communities are typically not empowered to influence energy policy processes. Both panelists agreed that distributed RE generation offers opportunities to exert agency over local energy decisions.

Some arguments posit that wealthy early adopters of RE can cause grid infrastructure costs to be downloaded ultimately to the urban poor. This is true for both in the Global South and in the United States. However, there are opportunities for low-income communities to aggregate their energy demand, which can lead to local economic development. Van Horn offered the example of such an innovative project in New York’s Bronx, which activated a coalition of local groups towards building retrofit projects.