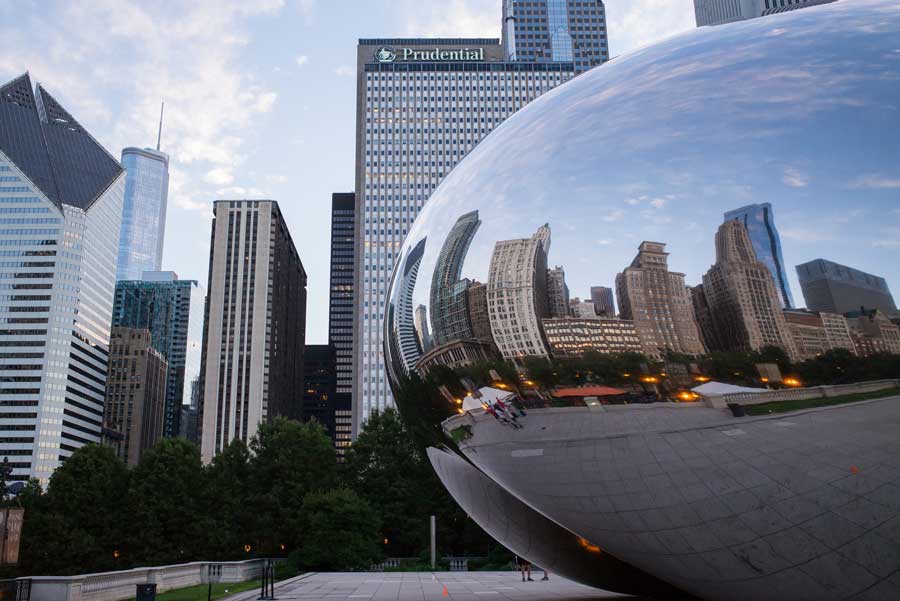 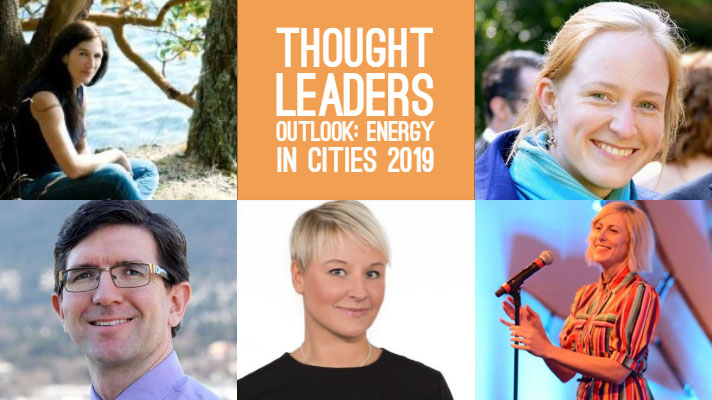 Looking back to 2018, there were both promising signs and obstacles to be overcome towards the urban energy transition. Renewable Cities reached out to some of its friends to get their reflections on 2018 and prognosis for the future of energy in cities. Perspectives range from the international to deep dives from leading local governments.

The group of thought leaders includes: a champion revving up renewable city action all over the United States; a Swedish political leader who’s all in on fossil fuel-free cities; the man who’s charged with implementing Vancouver’s Renewable City Action Plan; a contributor to the Global Commission on the Economy and Climate; and a local government guru who’s helping Canadian cities along towards the energy transition. 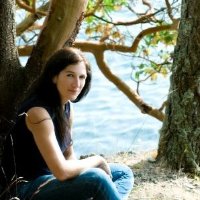 In 2018, [in my opinion] the most significant development was the BC Energy Step Code, a phased-in approach to make buildings net-zero energy ready by 2032. This net-zero energy building code and the process of getting industry to consensus represents a bright spot—a new blueprint to follow for complex multi-stakeholder initiatives for high impact solutions. The bold and accelerated adoption of the highest standard code targets in North America would not have happened without foundational systems established by BC Hydro and the deep and collaborative engagement approach taken by the Government of British Columbia.

What are you most looking forward to in 2019?

I’m looking forward to CUSP’s Local Energy Access Program (LEAP), which is a multi-city and multi-sectoral collective initiative to support cities in the design and delivery of equitable clean energy programs. These programs will accelerate adoption and equitable access to proven clean energy technologies that improve energy efficiency in buildings, electrify thermal energy use in buildings, electrify transportation and decarbonize electricity generation. 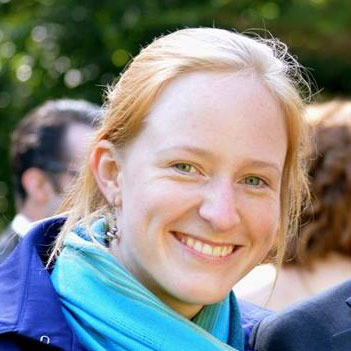 Sarah is part of the Coalition for Urban Transitions, a network of 24 organisations from the research, government and private sectors, and a contributor to Global Commission on the Economy and Climate.

In 2019, our collective priority should be to inspire and support national governments to go further and faster. National leadership is essential to establish overarching policies that systematically incentivise low-carbon growth; unlock investment in sustainable urban infrastructure; and empower local authorities, businesses and civil society to act on climate change.

What are you most looking forward to in 2019?

I am counting down to the UN Secretary General’s Climate Summit. The Coalition for Urban Transitions will be launching a pioneering report on the crucial role that national governments can play in driving a low-carbon urban transition, and the economic benefits of ambitious climate action in cities. Watch this space! 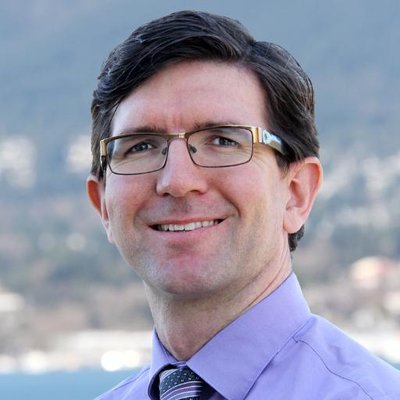 Matt is responsible for bringing the City of Vancouver, British Columbia’s vanguard 100% renewable energy strategy to life, a template for cities around the world to follow.

For me, the top bright spot in 2018 was B.C.’s new climate plan—CleanBC. The province is moving forward with new policies to advance electric vehicles, heat pumps, renewable natural gas and more. Many of these actions will help Vancouver move towards our Renewable City objectives and we’ll hopefully see them replicated across the country in 2019 and beyond.

One area is existing buildings. We need to see more homes and buildings moving off of fossil fuels, which will require getting more heat pumps installed for space and water heating, and increasing the supply of renewable natural gas. A second area is equity. We need to increase our efforts at making solutions like electric vehicles and passive house construction available and affordable for all of our citizens. 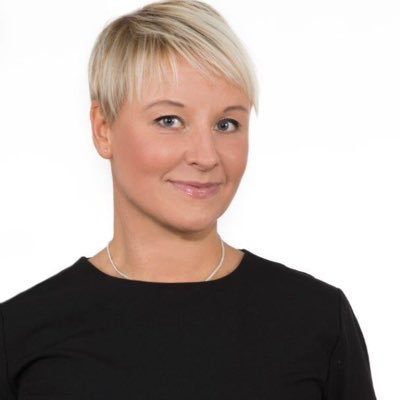 Anna is an international advocate for sustainable cities and is mayor of Växjö, Sweden, which has been recognized as one of the greenest cities in the world.

In Växjö, we have had a focus on energy efficient wooden buildings for over a decade. In 2018, we could also see that the national government supports this idea, that wooden construction is the most sustainable. Another thing we have seen is that the share of renewable energy in the transport sector locally, has increased to a level of about 25 per cent. This is something that is a result of both local actions and national/international fuel companies taking responsibility for reduced climate impacts.

Energy efficiency plays a crucial part in achieving long-term sustainability. The challenge is twofold; much of the existing building stock consumes more energy than necessary, and the city can only work with municipally owned buildings and has therefore very little mandate to change this. Policies that speed up attitudes towards energy efficiency are needed. There is also a need for stricter policies for new buildings, so that a larger share of new buildings are using very low amounts of energy. 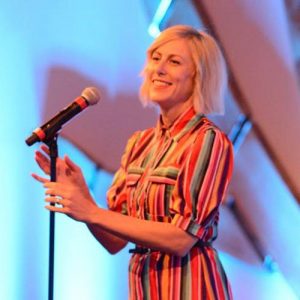 Jodie has supercharged U.S. city commitments to 100% renewable energy, remaking the climate and energy landscape throughout the country.

In 2016, when we launched Sierra Club’s Ready for 100 campaign, we set out to win at least 100 community-wide commitments to 100% renewable energy in the U.S. by the end of 2018. We have hit this goal and surpassed it. Today 102 cities and towns, 11 counties, California, Hawaii and the District of Columbia have now committed to going all-renewable. Community commitments are catalyzing major clean energy investments, community-led solutions, and have strengthened codes, ordinances and policies. Cities are showing that the transition to 100% renewable energy can address economic and social inequality, create jobs and improve the health of our communities.

The transition to 100% clean, renewable energy is happening. We must ensure that cities are equipped to make measurable progress to achieve their goals. Progress can come in many forms, from the deployment of solar and energy efficiency within city limits, to cities engaging utilities and regulators and advocating for policy ambition at the state level. In 2019, the American public and large energy users—cities, businesses, school districts, and other institutions—will continue to demand that more states commit to 100% renewable energy, following California’s watershed mandate of 2018.

Renewable Cities would like to thank these energy leaders for sharing their thoughts. For Renewable Cities’ take, see our state of the movement 2019 blog post. 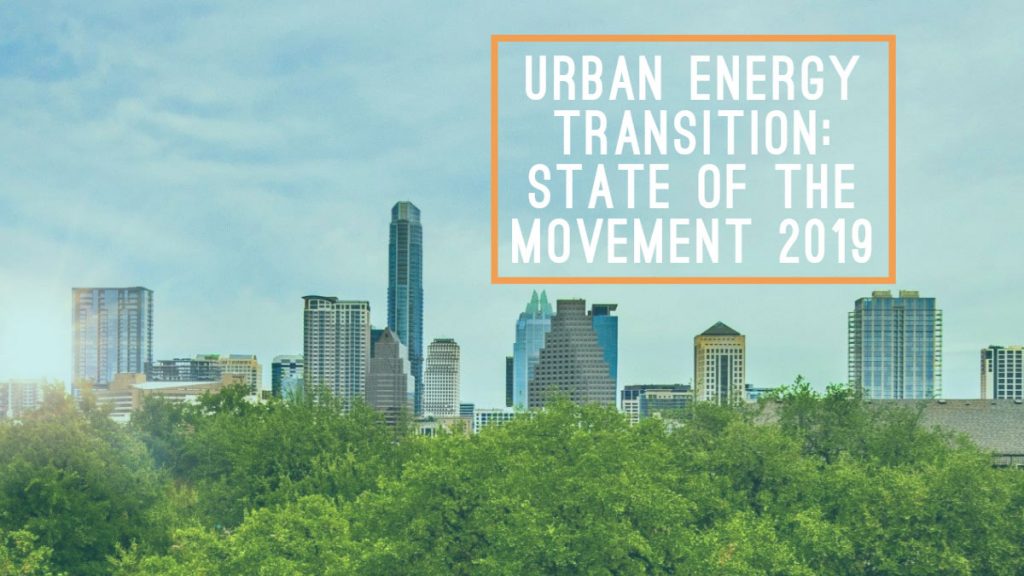