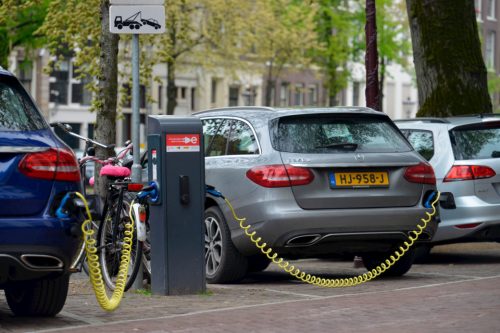 The Netherlands and Electric Vehicles: A Policy Model for the World 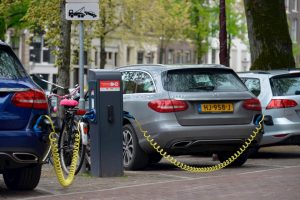 This post is the second in a series being published in advance of State-City Collaboration on Clean Energy Transformations, taking place from May 29–30, 2019 in Vancouver, British Columbia in parallel with Clean Energy Ministerial 2019. 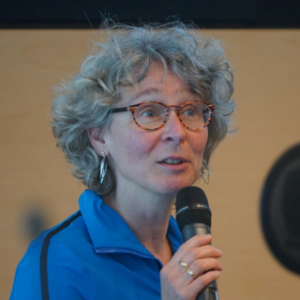 Since 2010, the Netherlands has been a European leader in successfully rolling out electric vehicles, with a fleet already in excess of 200,000 vehicles. The country has one of the densest networks of charging infrastructure. All new passenger vehicles will have to be zero-emission by 2030, whether they are battery-electric or hydrogen-electric vehicles, they will all have to make use of renewable energy, such as wind and solar.

The Dutch polder model is synonymous with a government that works via partnerships, where well-considered and supported policy is created through consultation with private parties and local governments. This fact also applies to electric transport. The Netherlands has had the Formula E-Team public-private partnership since 2010, which has formed the groundwork for various Green Deals (voluntary agreements) that accelerated the roll-out of electric transport and placed the Netherlands in the international vanguard, among other things. The key success factors are cooperation, knowledge development, and regional anchoring.

Provinces organised large-scale tenders in recent years together with municipalities. Municipalities often choose to accelerate the installation of charging stations in conjunction with the number of electric cars in a district. The roll-out and operation of public charging stations are now increasingly taking place without additional government investment.

The first Dutch charge points were primarily rolled out strategically at prominent popular locations, such as supermarkets, car parks, and shopping centres. This practice gradually changed to installation at the request of EV drivers. When residents buy an electric car and do not have their own parking space, they can submit a request to have a charge point installed in a public space, at no cost to the EV driver. The approach is increasingly data-driven, where charging infrastructure is installed on the basis of predictions about where electric cars will be charged in the future.

A number of Dutch cities and regions are deploying initiatives and operating policies to accelerate the roll-out of electric transport. For instance, Amsterdam, Utrecht, Rotterdam and The Hague have or had purchase subsidies for electric passenger vehicles, lorries and taxis for commercial use. Moreover, there are demolition grants for old vehicles with an internal combustion engine. In recent years, a number of Dutch cities already introduced environmental zones to support the roll-out of clean modes of transport.

Supplementary to the international Climate Agreement, the Netherlands is working on a National Climate Agreement. This agreement includes measures to reduce CO2 emissions within the Netherlands in the period leading up to 2030, with the aim of a 49% carbon reduction compared to 1990. The National Charging Infrastructure Agenda will be part of the Climate Agreement. This Agenda has been developed together with stakeholders from different levels of  government and industry. In the years ahead, this agenda should ensure that the charging infrastructure is not an impediment to the roll-out of electric transport. To this end, agreements have been made on accelerating the process and specification of the basic conditions for the roll-out of public charging infrastructure, among other things.

The Netherlands provides a lot of lessons and innovative policies for other jurisdictions in accelerating the transition to zero emission vehicles.

Sonja will be speaking at the Renewable Cities Conference on State-City Collaboration on Clean Energy Transformation in Vancouver, Canada (May 29–30, 2019).

Sonja Munnix works as a senior advisor at Netherlands Enterprise Agency (Rijksdienst voor Ondernemend Nederland). Sonja is the secretary-general of a Dutch steering committee on the internationalization of electric mobility, working towards facilitating Dutch companies in their international activities. She is active as the Dutch representative in international networks such as the Electric Vehicle Initiative of the Clean Energy Ministerial (CEM-EVI) and the Hybrid and Electric Vehicle Technology Collaboration Programme of the International Energy Agency (IEA HEV-TCP).