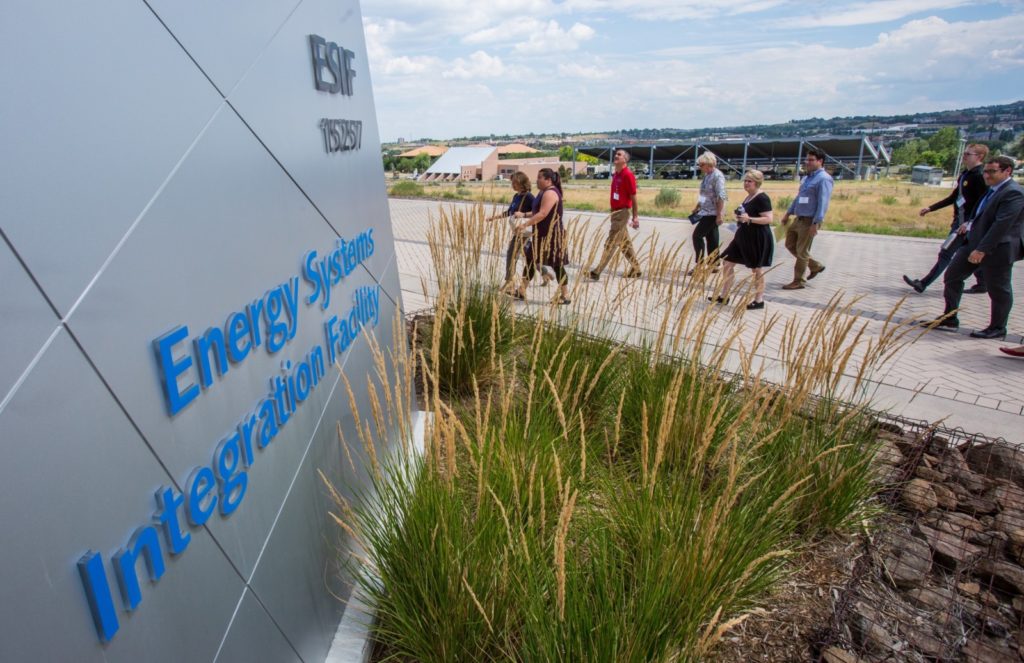 Quick Take: 100% RE Dialogue in Colorado 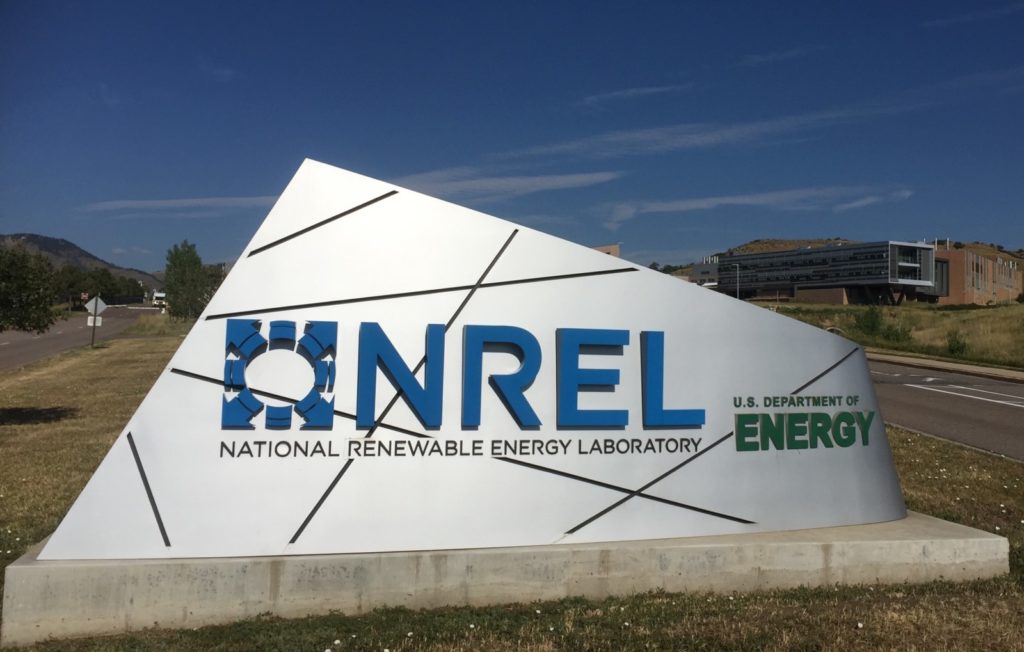 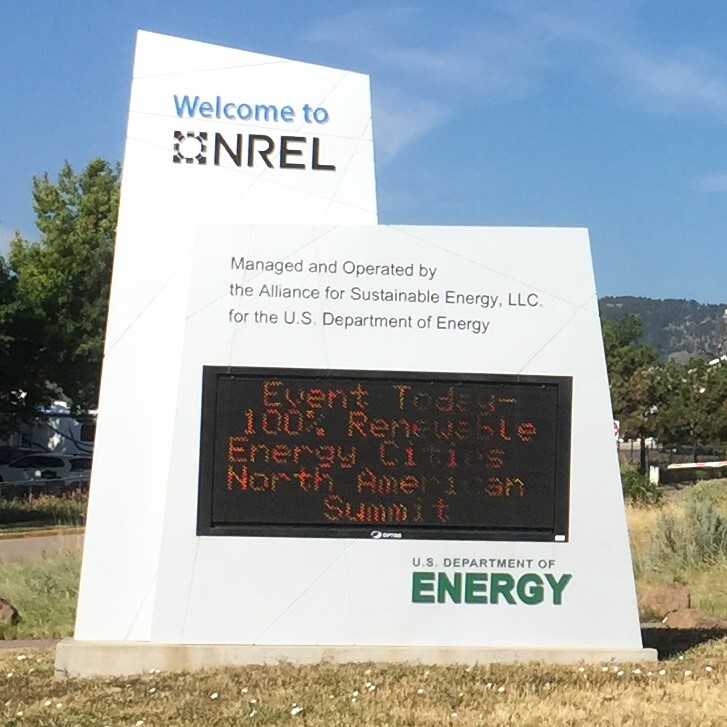 From July 31-August 1, 2017, Renewable Cities took a road trip to Denver, Colorado where we co-hosted a dialogue with cities spearheading the transition to 100% renewable energy. Where better to learn firsthand what is possible than at the National Renewable Energy Laboratory (NREL), a centre for leading-edge research and development in renewable energy and energy efficiency.

NREL’s facilities are nothing short of inspiring, and we toured but a fraction of the campus. Home to the largest net-zero building in North America where maximizing personal comfort and access to natural light were principles that drove siting and orientation decisions.

Dynamic simulations are carried out on both physical and virtual models in the Energy Systems Integration Facility (ESIF). At the time of our visit, the passive construction of a full-scale housing unit was being tested before it is put into operation as social housing in Golden, CO. Virtual simulations of entire energy systems are carried out in the Insight Center where designers can don a pair of virtual reality goggles to literally (virtually) walk into their data. Being able to see and interact with a projection of their data, helped designers recognize patterns and parts of the system that need tweaking almost immediately. Also, in the words of our tour guide, “It helps different technologies speak the same language.” 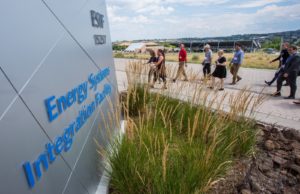 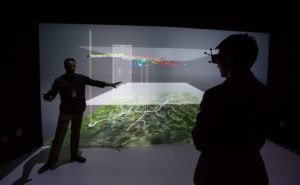 After touring the facilities, we sat down with experts from NREL and partner organizations to discuss current priorities developing in the urban renewable energy community.

The panels focused on feasibility, success stories, and the role of equity in urban energy transitions.

After learning that powering cities using 100% renewable energy is feasible, participants heard what is driving local government decisions to commit to the target and how cities are benefitting. Neil McAndrews spoke about Georgetown, TX, a predominantly Republican city that has committed to 100% renewable energy largely because wind and solar do not require water to generate power, and water is scarce in Georgetown. As a bonus, McAndrews also said that being powered by renewable energy has proven to attract businesses into the city. The city panelists all agreed that it is critical to stay involved in State/Province-level legislation and policy-setting—to show up at the hearings—and to work closely with the utility and the community, but that “for the first time in history, economics are on our side.”

From the equity panel—as well as an impassioned presentation by Councillor Larry Atencio, Pueblo, OC—participants were reminded that health, affordability, and inclusion must live at the core of every decision made about a renewable energy transition: “No one should have to choose between putting food on the table, keeping the lights on, or accessing medical care.” 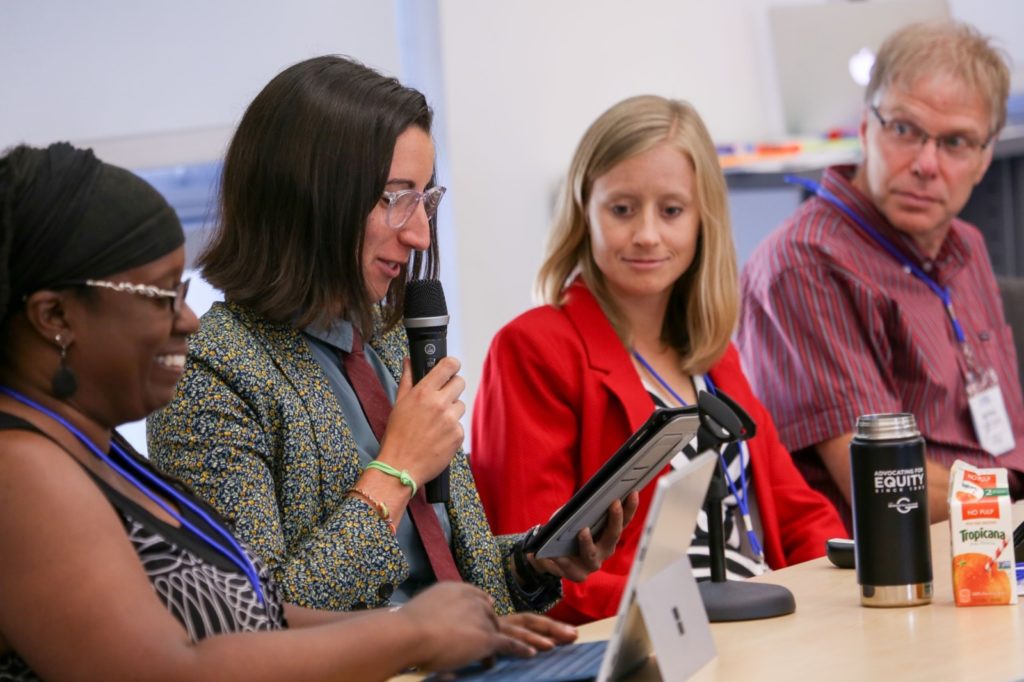 Madeline Stano, legal counsel at Greenlining Institute, spoke of the health repercussions she suffered as a result of growing up in a coal town and her mission to ensure low-income and people of colour benefit from a just transition away from fossil fuels.

John Phelan described ways Fort Collins’ municipal utility centers its programming around equity. For example, the utility provides financial assistance for solar installations, according to need, and connecting customers with local resources to improve the energy performance of their homes.

Jacqui Patterson directs the Environmental and Climate Justice Program at the National Association for the Advancement of Colored People (NAACP) and shared alarming statistics about the disproportionately high burden borne by African-Americans because of pollution exposure and structural barriers to accessing benefits of energy production—all energy, not just fossil fuels. She pointed to promising models, some of which are listed below: 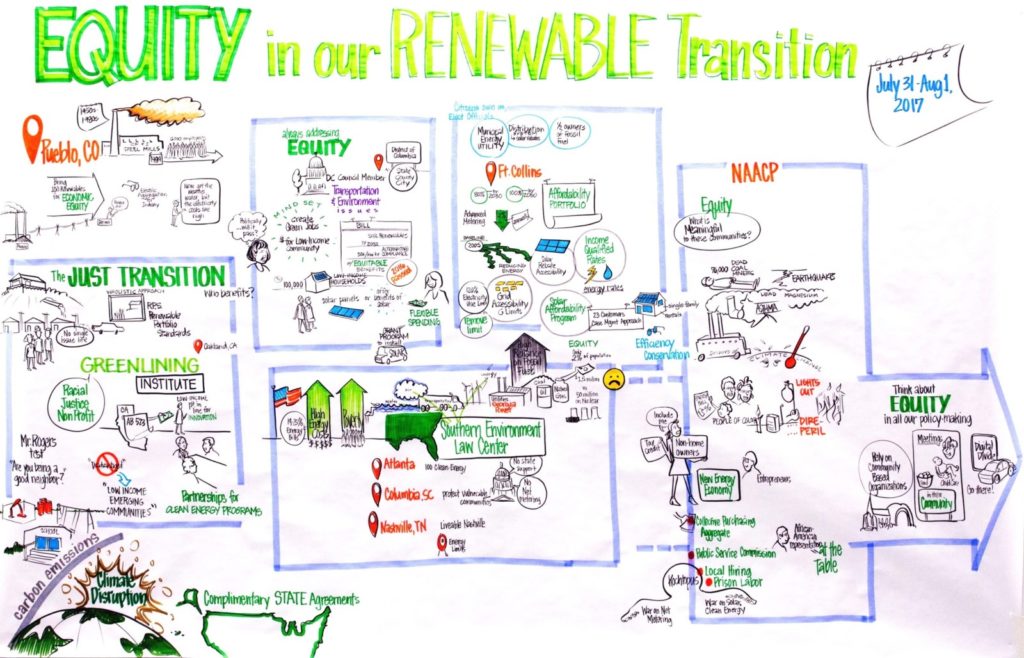 We would have liked to attend all ten parallel workshops, but could attend only two. The first was a workshop led by Kimiko Narita, Deputy Director, City Energy Project out of the Natural Resources Defense Council (NRDC). NRDC has been running a building efficiency program designed to help 20 American cities retrofit their existing building stock. These case studies are provided online.

The second was a hosted Bryn Baker, Manager, Renewable Energy at the World Wildlife Fund (WWF) about the Renewable Energy Buyers Alliance (REBA), a platform that helps corporations aggregate their energy procurement. With its partner, World Resources Institute, WWF is seeking to understand how best to help cities join the alliance and aggregate local government energy procurement decisions into the platform.

The event wrapped up with participants leading the discussion. Through pre-dialogue surveys and by posting questions as they emerged during the event, small groups assembled around hot button issues that need deeper work. The most popular discussions were on planning and equity, although building efficiency drew a healthy presence, which was a shift from the first dialogue in 2016. 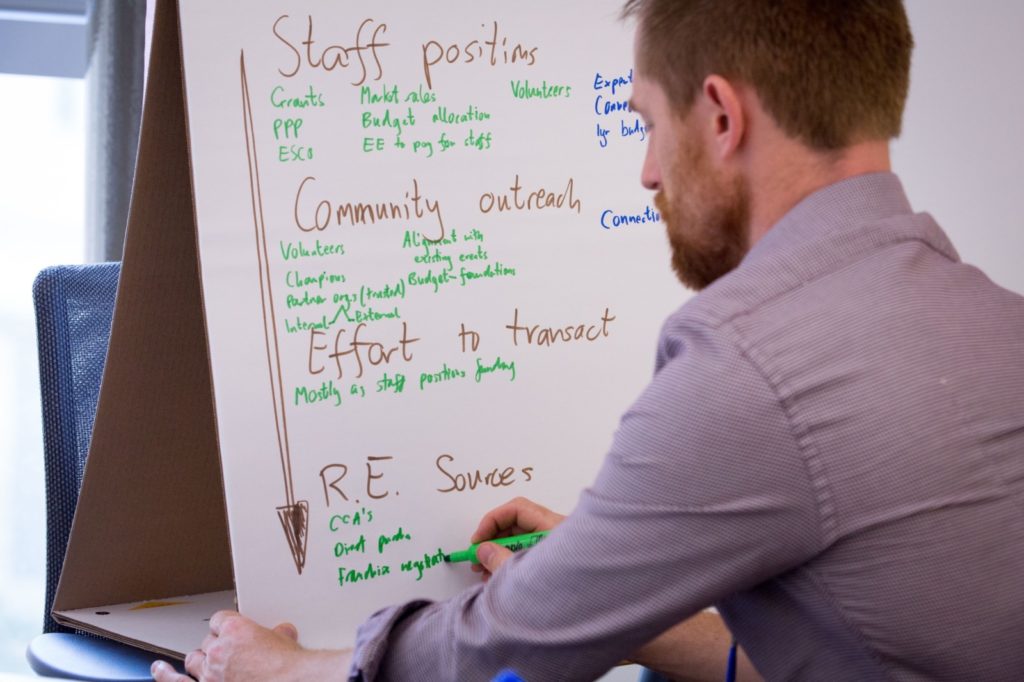